The storms and rain subsided and we decided to sail down to Annapolis! Sail was apparently a hopeful word, as the wind began to die down the further we went on our journey south. Eventually we had to just take the sails down all together and motor into the sailing capital of America. But we tried valiantly with the main and the spinnaker until it became apparent that if we wanted to get into the city before dark, we’d have to give in and turn on the engine.

We tied up to a mooring ball just outside of the Annapolis City Dock. What a view of downtown! And as we pulled in on a Wednesday evening, we got to watch the Wednesday racers sail in and out of the harbor….well, sort of sail in and out, what with the light wind and all. It was a lovely night to walk around town and just enjoy the storm free evening!

Annapolis is a beautiful city. The capital of Maryland, the city also served as the nation’s capital for a very brief time as the nation’s capital,  just after the signing of the Treaty of Paris. Downtown is still paved in brick, and many of the houses and buildings still date back to colonial and early American times. If you are a sailor of any experience level, you must visit Annapolis. There are a variety of resources at your disposal here, whether it be for supplies, lessons, or a boat itself. The city hosts one of the nation’s largest sailboat shows each October and a smaller one in the spring. Below we’ve listed not only some interesting places to visit downtown, but good sailboating resources as well. 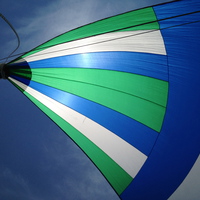 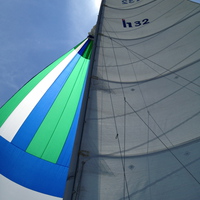 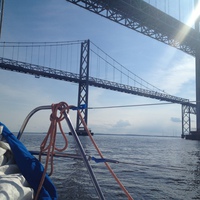 Sailing up to the Bay Bridge 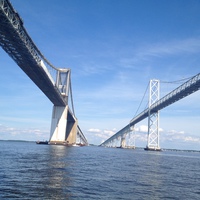 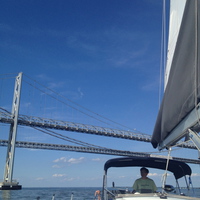 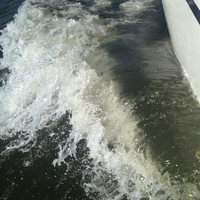 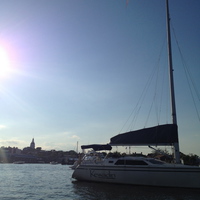 Kewadin moored at the City Dock mooring field in Annapolis 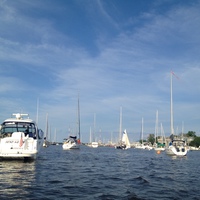 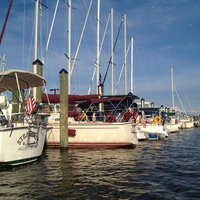 Boats at the City Dock 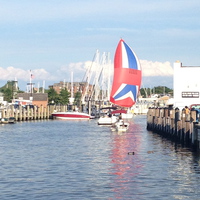 A boat sails down “Ego Alley” in the light wind 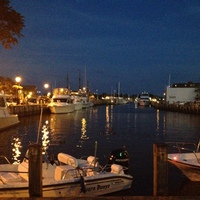 The alley in the evening 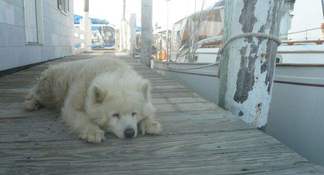 May 3, 2011 Tangier Island. A quiet place, removed from the hustle and bustle of the world. Imagine a New England fishing town taken from the shore and plopped down on its own little island, left to its own for decades. The people are all very friendly and glad to have you. The inlet is … Continue reading →