We traveled up out of the Palmilco Sound, down the ICW, and out into the Chesapeake Bay. On the ICW, the cool air and lift bridges that we came upon along the way reminded me of the Erie Canal. We even went through a lock!
A word to the wise, however. The bridges and the lock on this stretch of the ICW are interestingly timed. There are hours during the working week that most bridges are closed, due to heavy traffic. If you are planning on passing through here, I recommend that you do it on the weekend, as the bridges will typically open open upon request on Saturday and Sunday.
As we grew closer to the Chesapeake, more and more buildings and developed areas popped up along the ICW. Near the north end we encountered numbers large tug boats, huge cargo ships, and some military ships as well. Once we’d entered the Chesapeake, the crab traps began dotting the water. They lead us all the way up to our last stay before Annapolis: Tangier Island, VA. 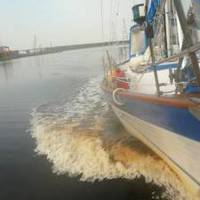 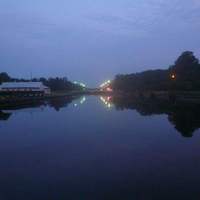 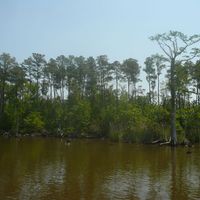 Cyprus and other trees on the banks of the ICW. 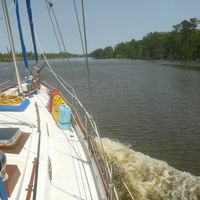 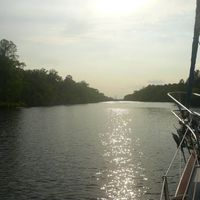 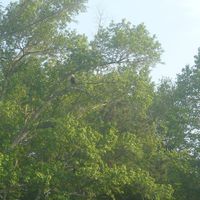 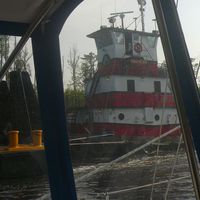 A tug and barge pass us on our port side. 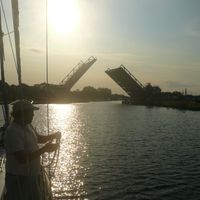 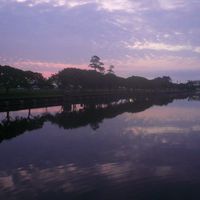 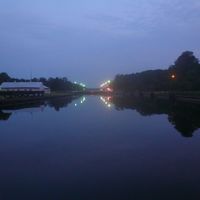 The lock just after the Great Bridge Bridge. 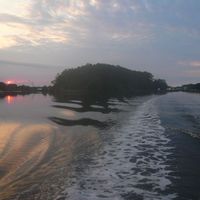 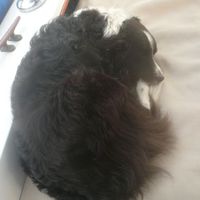 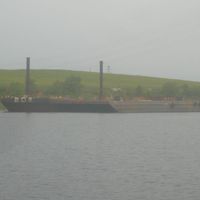 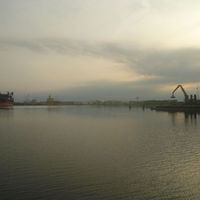 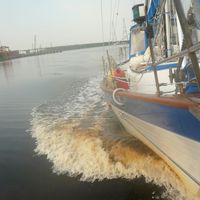 The water is red here…it looks almost like coca-cola. 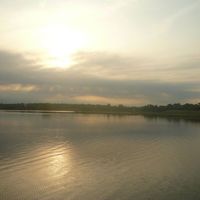 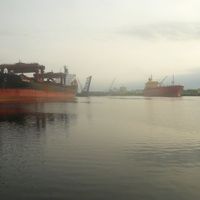 We rounded the corner and met up with the big ships. 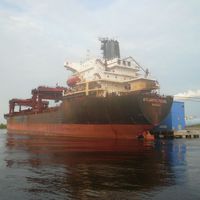 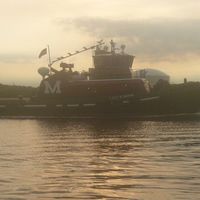 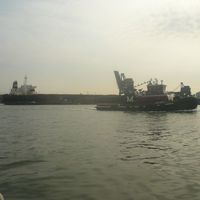 Tugs a plenty on the ICW. 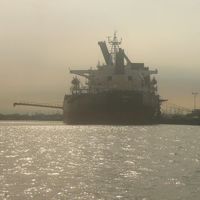 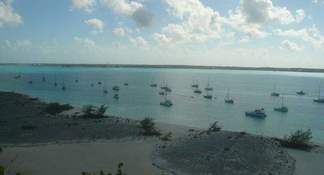 3-1-11 The first day of March and the last day at Stocking Island before we head further south. The day started out with the pre-regatta dingy parade! We were not in the dingy parade, but it looked like a lot of fun, dressing up your dingy and motoring around the boats. While Kris helped Shane … Continue reading →