The Outer Banks are famous for long beaches, sandy dunes, and…wind. On a nice breezy day you can see kites of all colors and shapes flying up and down the beaches. The ocean is dotted with windsurfers and kite boarders, kits and sails zipping through the air. In this wind swept place, on the desolate dunes, the Wright brothers became the first men to fly on their own power. Here the breath of the skies plays constantly over the ever shifting landscape. Our first wind adventure brought us to Jockey’s Ridge, the largest dunes on the Banks. It’s here that Kitty Hawk Kites gives hang gliding lessons. Kris took to the skies here a few years ago. Today, however, the gliders were furled and put away, as the winds were gusting up to 45mph. That couldn’t stop Kris from flying his power kite! With the sand stinging our skin, the power kite took to the sky. Kris made several jumps and drags. The kite lifted him up into the air about 9ft at one point. After 20 minutes of flying, Kris put the kite away, his body sore and a smile on was his face. Now that was some crazy flying! A replica of the Wright brothers\’ first flier.

We headed north to the Wright Brothers Memorial. Here we saw replicas of the brothers’ 1903 glider and 1904 flier. The flier was the first power driven airplane that was successfully flown by man, if only for 12 seconds. We saw the dunes were they flew, now a great grass covered field. The winds were ripping across the land. It was easy to see why the Wright Brothers chose this place to test their airplane, with the steady winds and the wide open spaces. Kris and the power kite field.

Kris couldn’t get enough of the wind sports, and when he got a chance to take a kite boarding class, he had to take it up. The weather was glorious in the morning when we dropped him off at the Kitty Hawk Kite site, but by noon and wind had died down. Kris had learned everything about flying the kite in the water, but he hadn’t gotten a chance to actually get on the board. Sadly, the actual kite boarding will have to wait for another day. Still, it was an excellent way to round off our wind driven adventures. 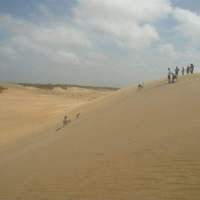 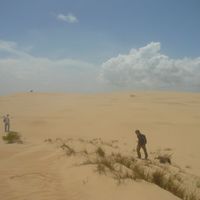 Hiking through the dunes of Jockey’s Ridge. 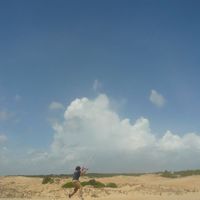 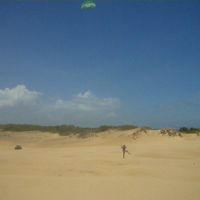 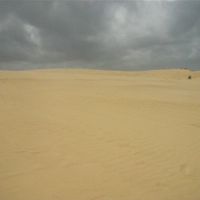 Rain in the distance. 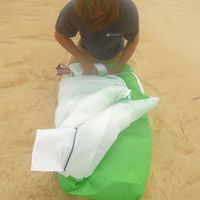 The kite had a good run today. 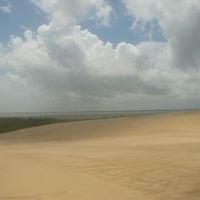 Clouds cast shadows over the sand. 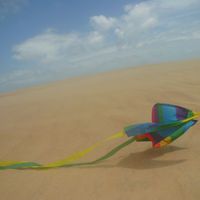 The little kite tries to fly… 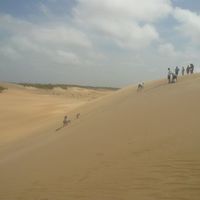 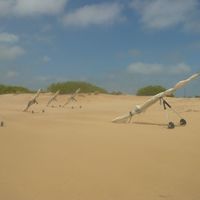 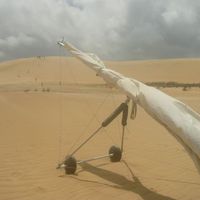 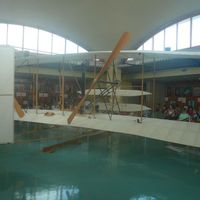 A replica of the Wright brothers’ first flier. 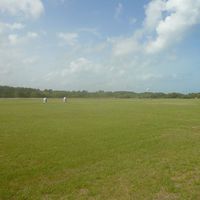 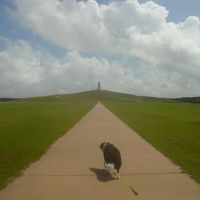 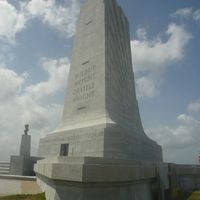 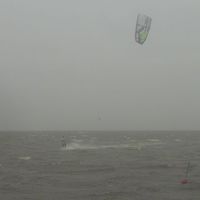 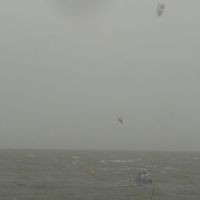 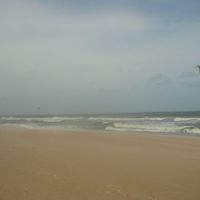 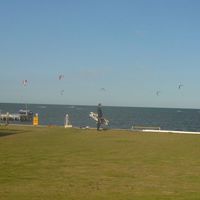 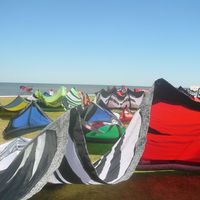 The kites laid out on the lawn. 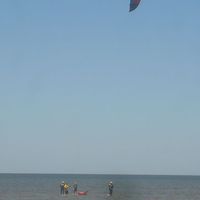 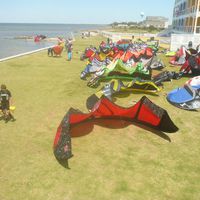 Kris and the power kite field. 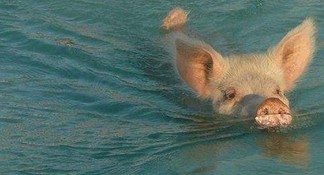 2-15-11 Morning. Time to sail to Staniel Cay. Winds: 10-15 knts NNE. Guess who’s sailing the boat? Why, it’s Carol and me! Carol took the helm and I set all of the sails…ALL of the sails – mizzen, main, staysail, and genoa. Wow, that wears you out! Kris and Gary get endurance points for doing … Continue reading →