Up just after sun rise this morning for an early start over to Little Harbor in the southern Abacos. After motoring around the arm of island extending southwest of Eluthra, we kept the motor running and hoisted all the sails. We were flying! The boat hit 9knts a few times. Slowly we found ourselves catching up to all the boats that had left the marina earlier in the morning. As we passed up the last boat, “Goosebumps”, we heard her captain on the radio:
“Wow, a boat just passed me up will all their sails up!” He scuttles across the sand.

We made it into Little Harbor with just enough water to make it through the shallow channel. Mooring at Pete’s Pub’s tire lined mooring balls, we headed for shore and the beach bar style pub. Here we found a multitude of little hermit crabs hanging out under the picnic tables, looking off or a bite to eat. Next door is a bronze foundry with a variety statues surrounding it. If you ever wanted a bronze hammerhead shark, or perhaps a cougar and eagle fighting over a fish, this is your place.

Night brought the most spectacular discovery. The harbor is filled with tiny bioluminescent microbes. They light up the water in a dazzling dance of bright green flashes, making it seem as though the stars had fallen straight into the sea. But the light show is not only on the sea. In the sand lay tiny creatures that released an electric blue luminescent goo. The lit up pinpricks in the sand where our feet had disturbed them. Kris and I were able to pick a few of these little creatures up. They were egg-like in shape, with a hard, clear outer shell, small flagella around their “mouths” for movement, and minuscule black eye spots. They where fascinating, and much more vibrant than their sea going cousins. Stars above, and stars below. Who needs the lights of Vegas, New York, or even Paris with these sea fireflies around? 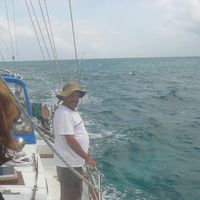 Dolphins off to port! 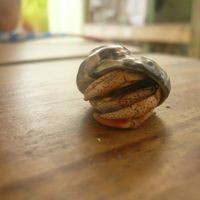 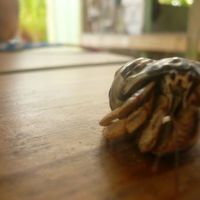 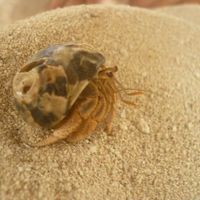 He scuttles across the sand. 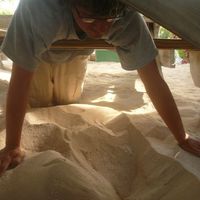 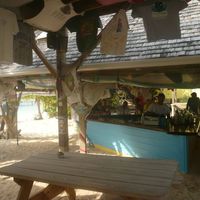 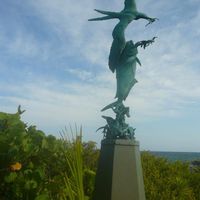 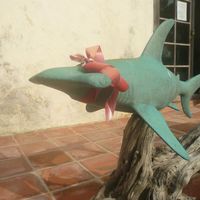 Hammerhead all dressed up for a party. 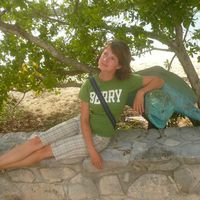 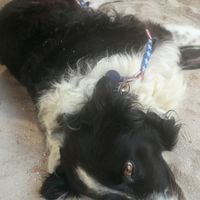 Spinny rests in the cool sand. 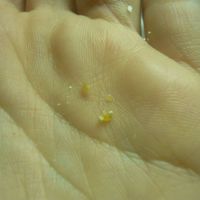 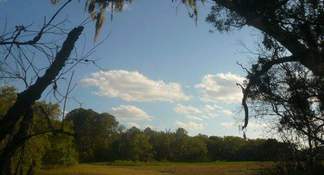 April 12, 2011 Storms rolled through Fernandina Beach early this morning. We waited out the storms and the low tide in the marina and pulled out at around 12:45pm. The Inner Coastal Waterway was the way to take today with the possibility of uuture storms rolling in. The motor was a relaxing one. Cumberland Island … Continue reading →