Today we said goodbye to Nassau and to our Navitours friends. They had their hands full with the 8 boats that had come in Friday. The passengers on all of these had left Saturday morning, but new ones were coming soon! There were but a few hours to clean.

We headed out to Spanish Wells, but on the way decided to instead pull into Royal Island. There was a nice protected harbor on the south side. Apparently there had been plans to develop the entire island, but the plans had fallen through. Kris and I explored in the dingy. We went to the coconut grove that he and Gary had found when they were here in February, but the ripe coconuts were all gone! We met a few other boaters on the beach, along with their dog Lulu. Kris and I explored the waters around the island. Royal Island...looking out to Spanish Wells.

We found a pelican and a shallow sandy area dotted with coral heads (excellent snorkeling…should have brought the fins). We also found…a forklift! It must have fallen off of a cargo ship or mail boat. It was in an unusual spot, in a little cut just to the southwest of the island. We also explored an old house that had been built on the cove in the 50s. The house must have once been a beautiful home, with an indoor/outdoor layout, lovely gardens, and a boat house. It’s amazing how quickly things can go to the ruin out here, what with the salty air and the hurricanes. While exploring, Kris and I were surprised by a snake over one building’s doorway. From then on we kept our eyes peeled. Saw one more snake, and a bunch of tiny lizards.

For dinner Gary and Carol made a delicious conch stew. Kris and I made some french fries and chili dogs as well. We shared the stew with a boat neighbor who had just pulled in and looked exhausted. His name was Mike, and he told us that he had just sailed all the way up from George Town, on the ocean side, in one day. Wow! 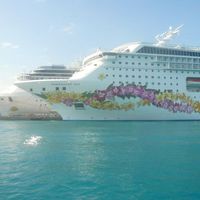 Cruise ships in the Nassau dock. 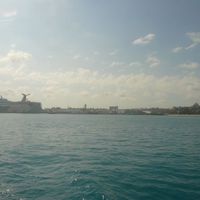 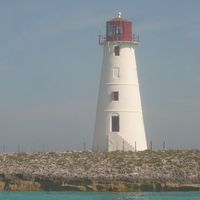 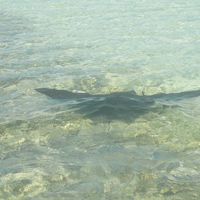 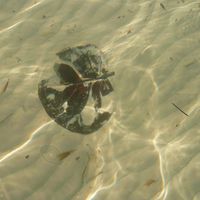 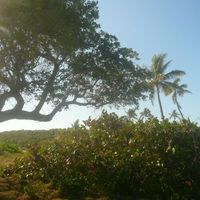 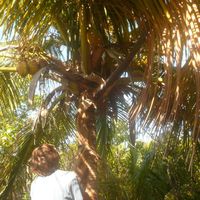 Search for the coconuts. 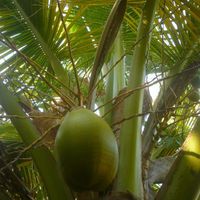 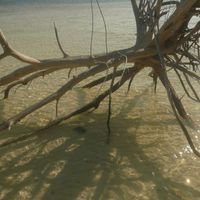 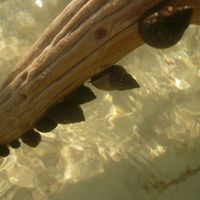 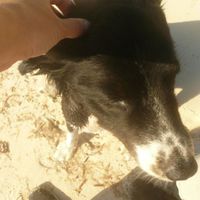 Lulu. Believe it or not, there’s not a drop of border collie blood in her. 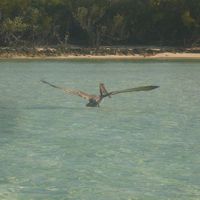 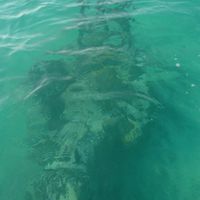 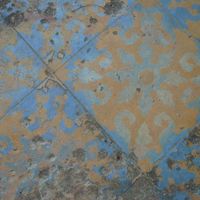 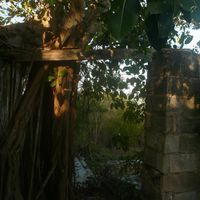 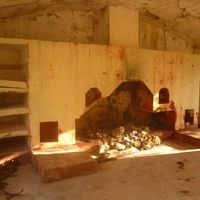 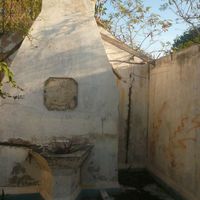 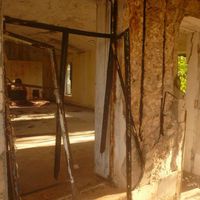 Looking into the living room. 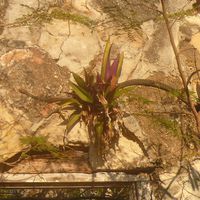 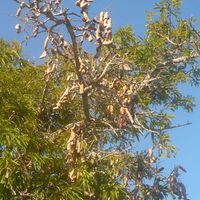 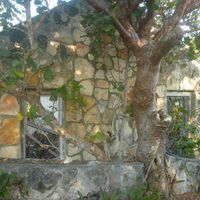 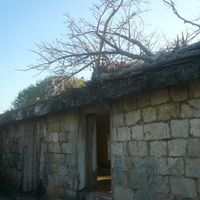 Trees on the roof. 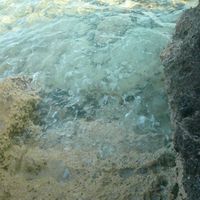 Steps to the sea. 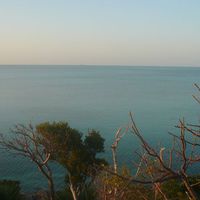 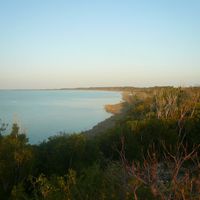 Royal Island…looking out to Spanish Wells.

New York, It’s No Walk in the Park! 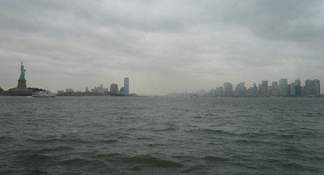 October 2 – October 4, 2010 We woke about 8am, ready to pull out and travel further down the river that runs two ways (and it does!). Suddenly, as we came around a bend, the skyscrapers came into sight on the horizon. There it was! New York City! As the city came closer we began … Continue reading →