We moved from Nassau on Saturday to Royal Island. It felt amazing to get back out on the water. I’ll blog about the past week further after updating you with our latest adventures.

Spinny is doing much better. She’s smiling and wagging her tail and eating her food. She wants to play stick, but we want her to relax more and sadly have to turn her away…for now. It is wonderful to see her to bright eyed and bushy tailed once again!

This morning began early. Not because we wanted to leave early, not because we wanted an early start to explore the island further, but because the keel bouncing on the sea floor woke us. In the middle of the nigh the wind had picked up and t the anchor had come loose and the boat had drifted back to the edge of the cove. Somehow we had missed two boats along the way. Thankful that there had not been a collision, we sprang into action, Kris pushing the boat with the dingy, Gary going full speed ahead at the helm. Finally, we pulled off the bottom and headed back toward are spot at the front of the bay. We tried to anchor again, but the anchor began to drag. Because it was already six in the morning by this time, we decided to head over to Spanish Wells and arrive there just after sunrise. Besides, after that heart racing event, none of us felt like we could fall back to sleep just yet.

Kris and Gary have already been here in Spanish Wells, having come before picking Carol and I up in Nassau back in February. It is a very clean cut, colorful, and quiet fishing town. One of the northern beaches at Spanish Wells.

The beaches around the island are breathtaking. These are the beaches that people think of when they picture the Bahamas.

Kris and I rode the bikes around the island for a tour of the town while Gary and Carol went out for a dingy ride. Spinny came with us in the Spinny cart. The town was extra quiet as it was Sunday and everyone was closed and relaxing. It was a sunny day, though quite hot, and a good day for a bike ride.

Today was just as got, if not hotter, than yesterday. Though I just wanted a cool drink, shade, and a breeze, I know that all of you back home in Ohio are craving the heat that beat down upon us, so I wish it your way. Today we played bumper boats on the dock! The wind caught an incoming catamaran off guard as it was pulling in next to us. It was an honest mistake, and the only found damages on both parts were a few scuffs and a busted bumper board. The sound of the board snapping in half sure sent our hearts racing though!

The rest of the day was spent riding bikes and the dinghy, much like yesterday. In the evening we all pulled together to scrub and rinse off the decks and the back of the boat. Boat bath time! Horizons feels nice and squeaky clean after her shower this evening. She’s looking good for our trip up to the Abicos tomorrow. 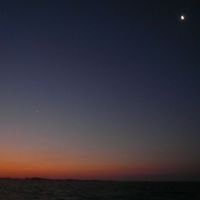 The moon as the sun rises. 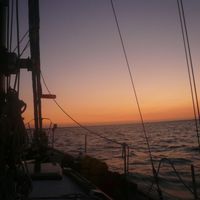 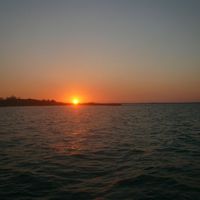 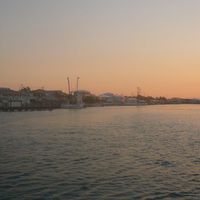 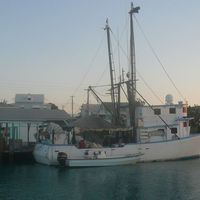 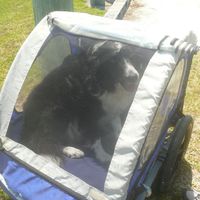 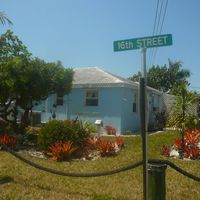 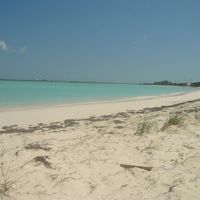 One of the northern beaches at Spanish Wells. 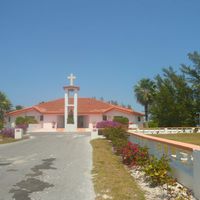 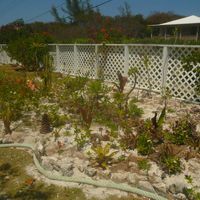 The garden at the town park. 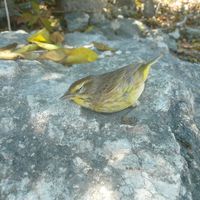 A bird Kris rescued from the middle of the road. 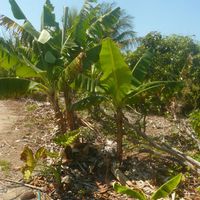 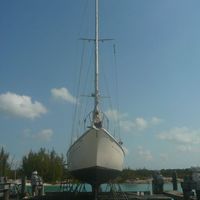 Sailboat in the boat yard. 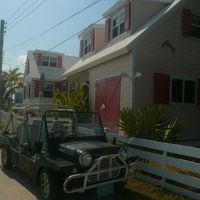 Another beach home in Spanish Wells. 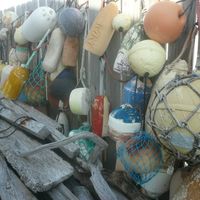 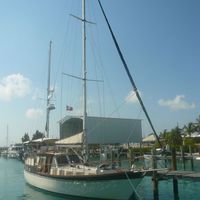 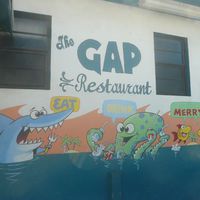 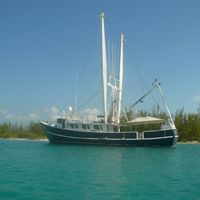 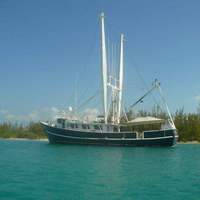 Down the Canal and Across the Lake

September 25, 2010 We were up before the sun this morning at 6am! Time to get an early start…we’ve got to make it through this canal! As we motor endlessly on, the trees around us begin to change color. Fall certainly is beautiful on the canal. Today it cooled off significantly. From 90 to 60 in … Continue reading →