Morning. Time to sail to Staniel Cay. Winds: 10-15 knts NNE. Guess who’s sailing the boat? Why, it’s Carol and me! Carol took the helm and I set all of the sails…ALL of the sails – mizzen, main, staysail, and genoa. Wow, that wears you out! Kris and Gary get endurance points for doing it so often.

Once in Staniel Cay we met up with our new cruising friends the Mounts on their sailing vessel, Moonshine. Shane took Kris and I on a tour of the island, including the lay down on the grocery stores to go to (much to Carol’s delight). “Don’t go to the pink grocery, go to the blue one. The yellow one has good bread, and the multicolored one has good milk and ice-cream.” Apparently everything here is color-coded!

We set ourselves up on a mooring ball just north of Thunderball Cave, the cave that was used in the James Bond movie Thunderball, full of underwater harpoon gun fights! There would be time to explore the cave later, as it was getting late. We finished off the day by going into town and ordering hamburgers at Taste and Sea. It was a Jimmy Buffet end to another day in paradise.

Time to explore Staniel Cay! We met with the Mounts and split off into three groups. Carol and Chrissy went of to town to do some grocery shopping and the shipment of goods had just come in. Gary and Mike took our dingy and went on a great lobster hunt around the island. That left Kris, Shane, and I with Moonshine’s dingy. Where did we go first? Why, into Thunedrball Cave of course! It was low tide and plenty of other snorkelers where there when we arrived. The cave was absolutely beautiful. It looked like it might be tight inside, but the water was sufficiently deep and the ceiling opened up into a large cavern once you were through the opening. Rays of light poured in from openings in the ceiling and underwater in the sides of the cave. Large schools of fish swam around inside and out, their interest held by the corn and bread people brought to feel them. You could swim along side of the fish, a hugely awkward addition to their group. Underwater the world sounded like a bowl of rice crispies. The snap, crackle and pop of the fish munching on the coral at the cave floor surrounded us. Our trio stayed in the cave until the current running through it became stronger and our wet suits no longer kept us nice and warm in the water. Then it was back to the boats to rinse off, warm up, and eat a bite of lunch. Shane, Kris and I then headed out to find the two airplane wrecks that were around the island. We found them, a big sea ray, and a rocky beach and island hillside to explore. Later, it was time to meet up with the others. The girls had come back with some good produce, but the men had not seen a single lobster. We all prepared to head over to Big Majors Spot to search for the large pigs that roam free on the island there. Our pig hunt started out slowly. We did not see any on the first beach, so we headed over to the second one, stopping on the way to explore a little cave we found in the side of the rock. When we saw no signs of the pigs at the second beach, we went back to the first and went ashore to explore. All we found at first was a pig trail and a boat wreck, but no pigs. We let Spinny out of the boat for a game of fetch. Just when we were getting ready to head back out, Spinny’s ears pricked up. A younger male hog came charging out of the trees. Quickly, Spinny, Gary, and I hopped back into the dingy with Kris and Carol. Chrissy was left with the Moonshine dingy as Shane and Mike made their way back from the other side of the beach. A huge sow came charging out from the trees then, and luckily all the Mounts made it into their dingy in time. From the water we fed the pigs carrots and bread. The sow was the bravest and she came swimming up to our boats. Gary even fed her by hand, and Shane gave her a pat on the head. She was large and powerful, and we felt a little safer on the water and in a fast dingy. Spinny behaved herself well and there was thankfully not a dog-pig fight out on the water. It was a fun but serial kind of experience. Once the food was gone, we bid the pig goodbye and slowly motored away. She swam back to shore, satisfied
with an evening meal on the go. We finished off the evening by inviting the Mounts over for a full ham dinner (not a pig from Big Majors, but appropriate after the pig hunt nonetheless), complete with a large salad (a luxury in the Bahamas), and finished off with coffee and homemade pineapple upside-down cake. Delicious! 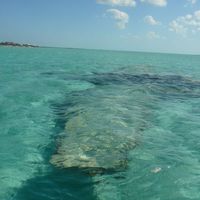 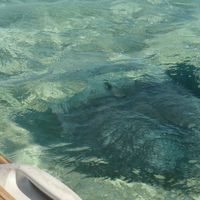 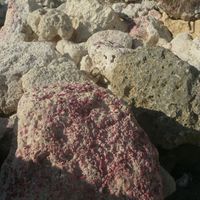 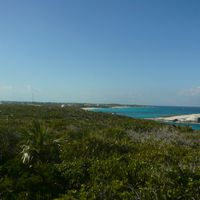 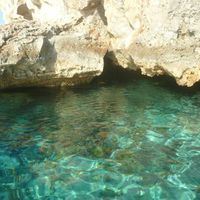 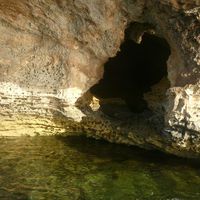 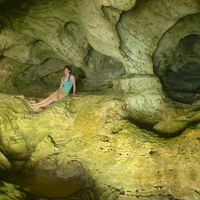 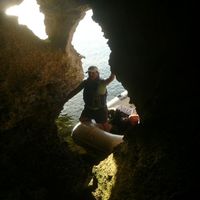 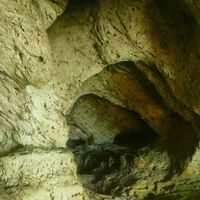 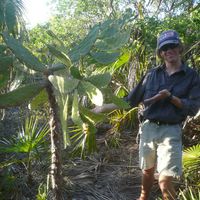 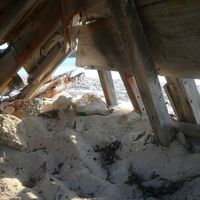 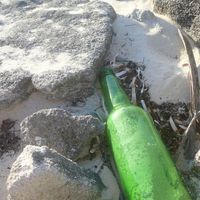 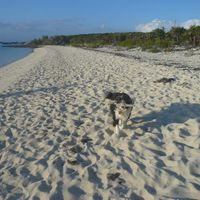 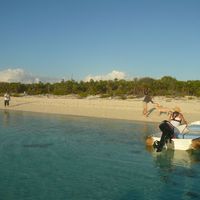 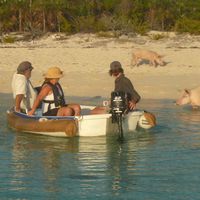 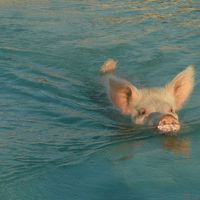 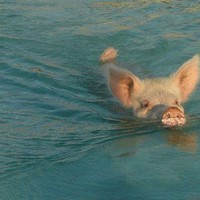 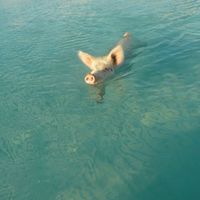 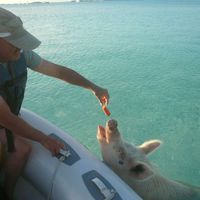 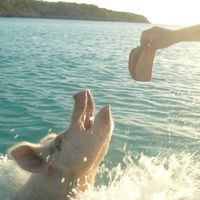 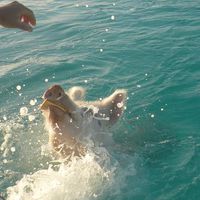 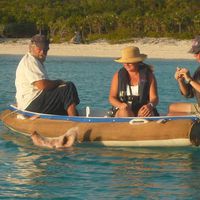 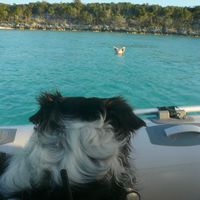 One thought on “Staniel Cay, Bahamas” 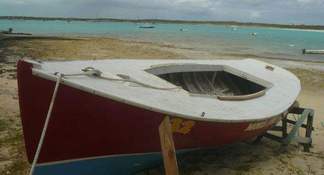 2-17-11 Sailed over to Black Point, today. Well, more like motored over there. Gary and Carol worked on cleaning and straightening the cabins on the way over, while Kris taught me a bit about navigation and plotting one’s position well underway. Once on the island, Carol and I were excited to see that there was … Continue reading →