Our Valentine’s Day was simply packed! We started off searching for lobster that we could not catch. Gary had found 3 on a coral patch nearby. But we could only look, not touch, as we were in a protected park.  We settled for exploring the island paths further instead of lobstering. Kris flew his kite for a bit on the beach. He got a few nice jumps in there, as well as a couple crashes. After kite flying we caught up with Carol and Gary who had hiked to the top of a nearby hill. Climbing is very interesting on these islands as they are made of a sort of limestone “moonscape” rock that is very porous and light, but full of sharp peaks and points as well. The island is littered with large holes here and there, some with water visibly at the bottom. These must be the wells the island is named after. The view was beautiful from the top! Kris and I explored a few other paths, coming upon the Pirate’s Lair as well as a couple little lizards. Gary and Carol took the dingy out to torture themselves by finding more lobsters. Later Kris stayed on the boat to study for his captain’s license and the rest of us went back over to Boo Boo Hill to see the blow holes. Carol and I walked back down the trail to the park headquarters, hoping to see the little birds that inhabit the island. It wasn’t until we got to the office itself that we found the birds. We fed them cake mix that we’d brought along. They loved it, as they seem to be primarily nectar feeders and the cake mix is nice and sugary. Just before sundown, we left the birds reluctantly to go and get Kris so that he could see the little guys. By the smile on his face, I’m guessing it was well worth it! That night, Gary and Kris took Spinny for a night walk on the nearby beach and they came upon the little rodents that live on the island. They looked like a mix between guinea pigs and rats. I thought that they were adorable!

Well, from all of us at Horizons, happy Feb. 14th! 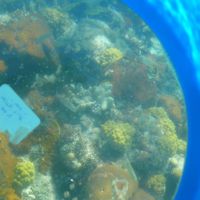 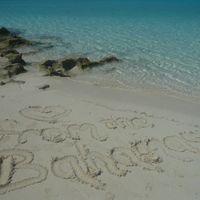 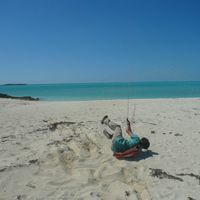 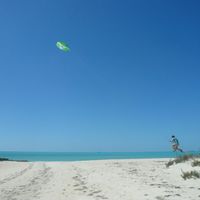 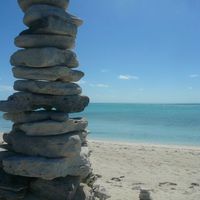 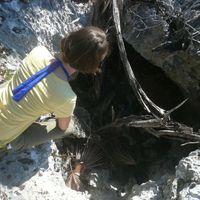 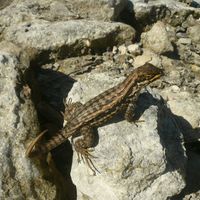 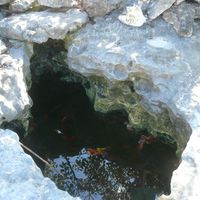 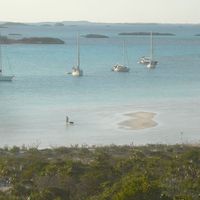 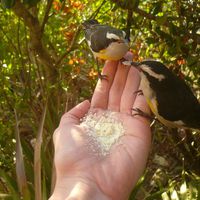 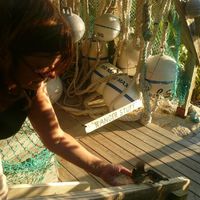 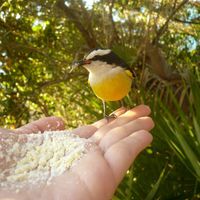 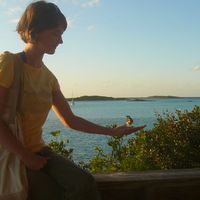 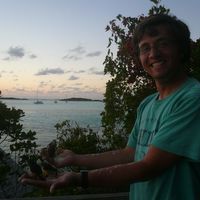 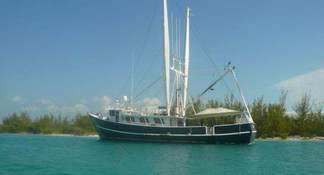 March 27, 2011 We moved from Nassau on Saturday to Royal Island. It felt amazing to get back out on the water. I’ll blog about the past week further after updating you with our latest adventures. Spinny is doing much better. She’s smiling and wagging her tail and eating her food. She wants to play … Continue reading →